How Democrats Deregulated Wall Street: Responsible Parties and the
​
​ Remaking of the American Political Economy 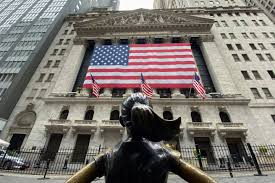 ​In my dissertation, I analyze the development of the Democratic Party’s position on financial regulation from the New Deal to the Great Recession of 2008. I demonstrate that from the New Deal to the 1960s the Democratic Party largely maintained its commitment to protect regionally dominant banks and businesses, while constraining the concentration of economic power among the nation’s largest firms. However, during the late 1970s and early 1980s, the Democratic Party pivoted on economic regulation by moving closer to the Republican position, and largely maintained this more neoliberal position up to the Great Recession of 2008. While extant research largely attributes economic inequality to the Republican Party, I demonstrate that the Democratic Party’s pivot against policies that constrained the concentration of economic power played a crucial role in exacerbating individual and geographic inequality, and the growing market share of the nation’s largest firms. An article from my dissertation is forthcoming in Perspectives on Politics .

Despite widespread speculation among pundits and politicians, statistical research finds little evidence that primaries are an important source of polarization in roll call voting. This manuscript moves beyond roll call votes by testing the effects of ideological primary challenges on partisanship in an original dataset of bill cosponsorship.

​
​Do Americans want to soak the rich? While survey findings consistently show that majorities of Americans support increased taxes on the rich, over the past half-century such taxes have dramatically decreased. In an article published in Politics, Groups and Identities, Spencer Piston and I argue that when answering isolated, abstract survey questions, many express a preference for higher taxes on the rich because they believe the rich are undeserving of their wealth. However, in real-world campaigns over specific policies, opponents can erode public support for these taxes by tapping into distrust of government. We test this argument through an analysis of a case study of a referendum in Washington State as well as an original survey experiment. Our findings suggest that efforts to frame taxes on the rich in terms of distrust of government positions the wealthy not only to defeat tax increases in the short term, but also to reshape the political terrain, advantaging them in future struggles.

​I have also written about my research for a mainstream audience. Here are links to an op-ed I published in CNN and a policy brief I wrote for the Scholars Strategy Network.